SYRIA: AN INTERVIEW WITH MSGR. NAZARO, APOSTOLIC VICAR OF ALEPPO 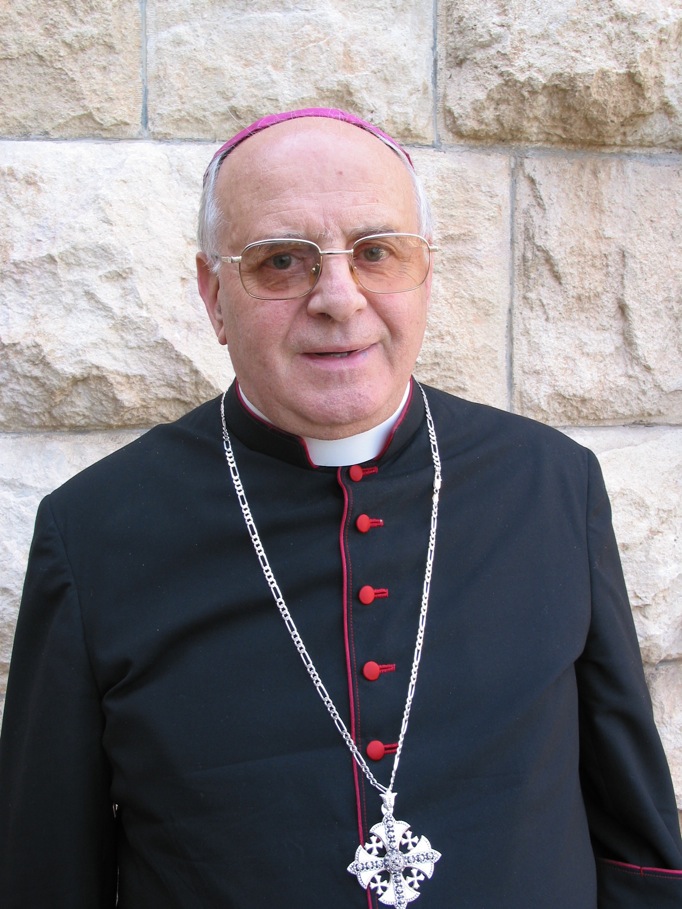 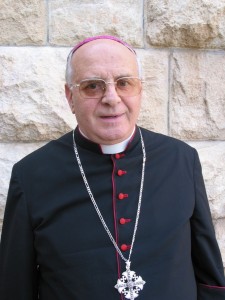 “SYRIA ALREADY WAS THE MOST DEMOCRATIC ISLAMIC COUNTRY IN THE MIDDLE EAST”
To understand what is really going on in Syria, the West should first clear up what is going on in its own relations with the Middle East

Msgr. Giuseppe Nazaro, Franciscan, former Episcopal Vicar for the area of Cairo and Upper Egypt and then Apostolic Vicar for Aleppo, and former Custos of the Holy Land, is very well acquainted with Syria and the Middle East. His point of view is clear: the West is living out a deep economic and moral crisis on the inside, while on the outside it is projecting a distorted idea of progress. All this translates into an incapacity to understand that peace can not be obtained through war.

Q – Why is Europe supporting the rebels?
A – I may be wrong, but I think Europe is on the side of commerce, and takes its decision on this basis. Why, whom do we owe the current situation in Syria to? Who promoted it and who is supporting it? In these days the Gulf nations are supporting the cause of the Egyptian army, because they need to fight off the terrorists: this is news we get from Italian television. But it is these very same countries that are fighting against Assad and supporting the terrorists in Syria! How is this contradiction possible?

I don’t think the Council of Europe has the right to interfere for the simple reason that Europe is deeply involved in everything that has happened so far. Europe should be the least entitled to speak out because it is Europe that has armed those people. Europe has paid attention to one side alone, with no willingness whatsoever to look at what the other side had to say.

Q – Can Assad credibly be the one who used chemical weaponry in Damascus?
A – If chemical weapons have indeed been used, there is no certainty as to who used them. A few weeks ago a strong supporter of the rebellion said and wrote that if the terrorists were to succeed in gaining possession of chemical weaponry, they would be justified in using it for their end purpose (toppling Assad). So it may indeed be possible that the truth might lie in the scenario imagined by this person, who is said to be in the hands of the terrorists now. In other words: the rebels launch the chemical weapons, the UN inspectors are there, and the government gets the blame.

Q – How do you think the situation will develop?
A – The blame has already been laid at Assad’s door, the “world” has already issued its verdict by means of the media: Al Jazeera and Al Arabiya have already established who the guilty party is and on the basis of their word the information has been “fixed”. At this point, in my opinion, we must all ask oursevles: who are we supporting? Is this the way things are, or is it simply the way they want them to appear? Are we being taken in? It is in the DNA of those in power not to reveal what is going on and what they intend to do, so as to be free to do as they please. There are devious ways of reaching one’s goal. The name of the game today is: the end justifies the means. Totally Machiavellian.

Q – Aren’t freedom and democracy the goals of the so-called “armed opposition”?
A – The source of the Syrian tragedy is the war between religious groups. The Gulf countries support Egypt because it is Sunni. They know that if the Muslim Brotherhood were to prevail, it wouldn’t stop there, it would go further ahead, against them. That is why the Gulf countries feel threatened, and why they support Egypt, but fight against the Syrian government.

Q – So there is no Syrian Springtime going on…
A – As far as I know, Syria was already the most democratic Islamic country of the entire Middle East.

Q – Unfortunately no one knows about these things…
A – No! It’s not that they don’t know, it’s that they don’t WANT to know. No one is blinder than he who does not want to see and no one is more deaf than he who does not want to listen. This is the situation we have been struggling with. It’s easy to decide when you’re not risking your own skin.
Take, for example, the day the army opened a road out of Aleppo to let out the people who had been under siege for days. The terrorists took aim at the buses, they shot at coaches full of civilians, then hijacked them leaving the people stranded in the middle of the road. No one has ever written a word about this, no government, no newspaper, no radio or television has said anything about things like this. This is the root of the issue: all the information that gets around is shaped in a certain way, wilfully destabilizing. That way whoever is in charge can do as they like. This is immoral, and it’s been this way up until now. This is why I say: let the West stay out of this. Don’t arm anybody.
Who gave these people the weapons they are using? You? Me? No, it was precisely these governments who are now clamouring to step in.

Q – This is an obvious contradiction; why then are we continuing to hear that it’s all about freedom and creating a better future for humanity?
A – It’s not a contradiction, because everyone has their eye on their share of the plunder…. To create freedom for a people, one must first of all know the people, their ways, their psychology, their mentality, their creed. If you don’t know them, you shouldn’t interfere in their business claiming to want to solve their problems: you will only increase them. I may be wrong (and I hope I am) but it seems to me that they are trying to deflect the attention onto others in order distract it from what is happening in their own households…

Q – What should be done?
A – Everybody take a look at their own households and examine their consciences as to what has been done and how they have acted. This is presuming they do have a conscience, because at this point one begins to doubt even this.… You can’t destroy a civilization to further “your own” civiization. The civilization that we are destroying in Syria and in Egypt had a lot to teach us in the past…. We are still beholden to that civilization! It is obvious that the West is in a deep crisis and there is a distorted view of mankind: we are practically destroying the basis of ourselves.