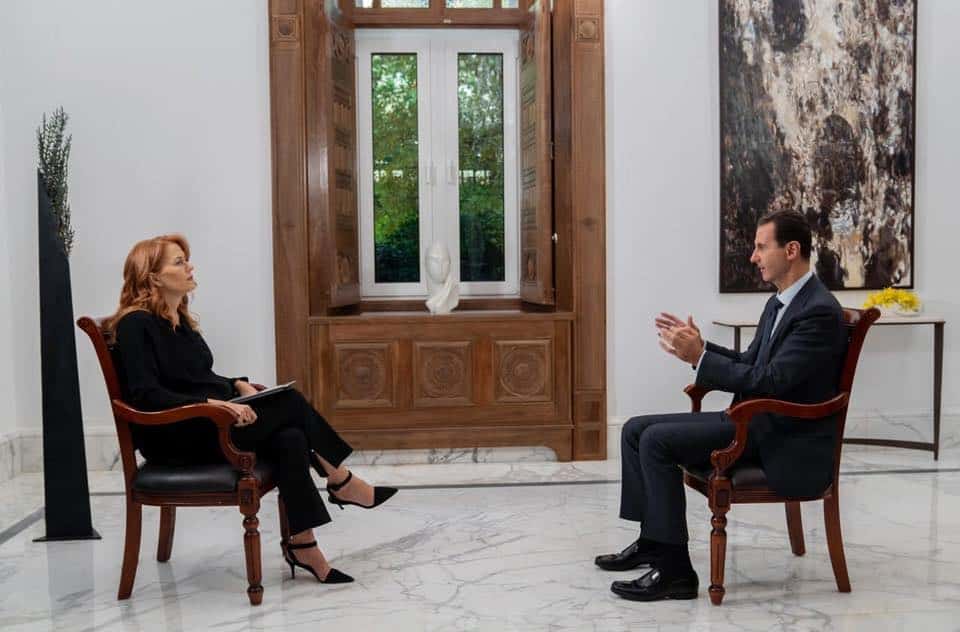 Former president of RAI Monica Maggioni in October went to Damascus and made an interview with Syrian president Assad.

Now many expect the interview to be broadcast.

But the interview that was initially scheduled for December 2 has not yet been broadcast and is not present in the schedule even for next week. Where did it go? Did they lose it or what?

Of course it is a provocation: certainly it has not been lost. But really many people wonder what happens. What is the obstacle? Given the precedents and the editorial line followed for years, is the most accepted hypothesis that the interview embarrasses?

We then ask ourselves what it contains for having stopped RAI in transmitting it. Perhaps the picture that emerges does not coincide with the poison and falsehoods built for years by Rai? Yes, we are prejudiced and suspicious, because information on the Syrian conflict is one of the most ignoble pages in the history of Italian information. Therefore, many questions are asked on social networks by users following Syrian events.

It is not alien to think that the delay can be explained by the concern that the interview could crack with the official narrative. Now that current events are clarifying the whole truth of the war in Syria, now that the brave Kurdish fighters are persecuted and killed by “freedom fighters” incensed for years by Rai, there may be some problems.

In other words: the content of the interview could be detrimental to the credibility of the editorial line held so far.

The interview could give the coup de grace to an information that is proving to be increasingly prone to power and that is only good for entertainment and distribution of advertising. Of course it may be that someone from outside has come into play who has asked RAI to let it go, but then what reason is there to pay the RAI fee for information that is defined as objective and that is protected by the Constitution?

If asked, also Naman Tarcha, Syrian – professional journalist who has been in Italy for years:

How can a country that does not even have the courage to broadcast an interview, claim to play a serious role in international foreign policy! From Syria to Libya it would be appropriate to make a serious cost-benefit analysis on the errors of European governments especially in Italy to support the crazy policies of our great allies.

And if the users of the social networks ask for it, whose interventions have this content:

And it arrives, as was rightly the case, for Rainews and Monica Maggioni.
From Syria they claim, as it should be, the airing of the interview with Bashar al Assad, recorded on November 26 and scheduled, according to what was communicated to Syria, on December 2nd.
La Maggioni has repeatedly requested permission to postpone the broadcast.
Today from the presidency they communicate that if the interview will not be transmitted within two days, it will be published through the Syrian channels.

The news of the censorship is bouncing on countless pages dealing with Syria.
If it were still necessary, an episode that gives the measure of the scorn of our media.

Not to mention the politicians who command them

According to the Syrian Presidency Communiqué if Rai will continue to refuse to broadcast the interview, it will be broadcast in full, Monday 9 December 2019 at 9:00 pm, Damascus time on all Syrian national media including social media.