in ULTIMI POST
Reading Time: 7min read
A A
0 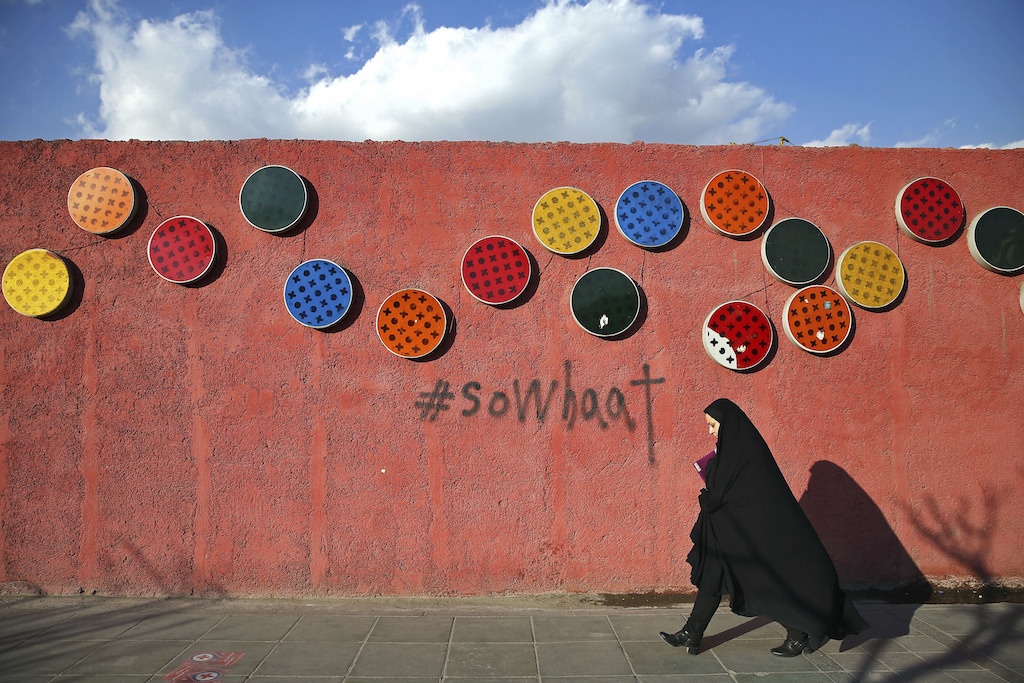 Over the past two weeks, Iran has had many demonstrations in some of its small cities and towns. The main reason for the protests has been the weak state of the country’s economy, low wages and lack of jobs.

Although recent reports by the World Bank and the International Monetary Fund say Iran’s economy has been growing, the growth is much less than what is needed to address Iran’s economic ills. Iran will need to create 3 million new jobs by 2020 to keep up with the flow of young, educated Iranians who are joining the job market.

President Hassan Rouhani inherited a national economy from his predecessor, Mahmoud Ahmadinejad, that contracted by 6 percent during 2012-2013, and was besieged by economic sanctions that the United States and its allies imposed on Iran to punish the nation for its nuclear program.

At the same time, the Ahmadinejad administration is perhaps the most incompetent and corrupt government that Iran has had over the past several decades. The corruption was systemic and led to Ahmadinejad’s hard-line supporters and cronies plundering national resources. Many experts believe that it will take years to make real dents in the economic problems that Ahmadinejad and the sanctions created for Iran.

One impetus for the demonstrations was the release of the national budget that Rouhani submitted to the Majles [parliament] several weeks ago for the next Iranian calendar year that will begin March 21. The budget would decrease subsidies on food and basic services for the poor, and increase fuel prices by nearly 50 percent. But the budget also would grant 5 trillion toumans (Iran’s currency), roughly about $1.2 billion, to religious organizations that are out of the government’s control and report only to Ayatollah Ali Khamenei, the supreme leader. Additionally, the Islamic Revolutionary Guard Corps, a branch of Iran’s Armed Forces, and its hard-line affiliated organizations would be spared from austerity.

The revelations led to a level of national anger and outrage that had not been seen for a long time. The hard-liners who, by supporting Ahmadinejad, were prime culprits in the creation of the economic mess, tried to take advantage of people’s anger. They organized a protest against the Rouhani administration in the religious city of Mashhad in northeastern Iran, where Ebrahim Raisi, the defeated hard-line candidate in the presidential elections last May, and his father-in-law, cleric Ahmad Alamolhoda, Khamenei’s representative in that region, reign supreme. However, the demonstrations, which were supposed to provoke the population against Rouhani and perhaps lead to his eventual impeachment, backfired, in the sense that they provided an excuse for ordinary people to join the demonstrations and angrily denounce the entire political establishment.

Still, it would be a mistake to compare these demonstrations with the Green Movement of 2009-2010. That movement was driven by the urban middle class in large cities, particularly in Tehran, and they were protesting the fraudulent elections of 2009.

The current demonstrations have their roots in the economic problems that Iran has been experiencing for several years and the deepening fissures between the rich and the poor. In fact, the urban middle and upper classes in large cities, namely Tehran, which helped Rouhani to be re-elected last May, did not even join the demonstrations.

President Trump, who has been demonizing Iran since taking office, and the neoconservatives, who always pursue war with Iran, have tried to exploit the demonstrations for their own political gains. In particular, they appear determined to use the unrest as an excuse to scrap the nuclear agreement with Iran, reimpose tough economic sanctions, and hurt an already fragile economy that is a main root cause of the hardship Iranian people are experiencing.

Remember, Trump called Iran a “terrorist nation” and has been trying to scuttle the nuclear agreement with Iran that is supported by the international community and the vast majority of Iranian people. He imposed a Muslim ban on Iranians coming to the United States and has sided with Iran’s archenemy, Saudi Arabia, and his administration has been pressuring the European Union not to invest in Iran, which would lead to job growth and a better economy.

Now, Trump is suddenly concerned about the “human rights” of the Iranian people?

He is a hypocrite when he complains about the Iranian government blocking the internet, while his own administration has forced Google and Apple to pull Iranian-made apps off the market, and has blocked the Iranian people’s access to PayPal, Amazon, Adobe and other online services.

Over the last year, Trump has posted over 2,900 tweets, and only four have been about human rights. Secretary of State Rex Tillerson has stated clearly that human rights is no longer a focus of U.S. foreign policy. When ISIS staged terrorist attacks in Tehran that killed 17 people, Trump blamed Iran, not ISIS. I do not even want to discuss how he is in bed with the dictators in Saudi Arabia, Egypt, United Arab Emirates and even Rodrigo Duterte of the Philippines. Despite such a horrendous record, Trump has the audacity to shed crocodile tears for the Iranian people.

Trump’s exploitation of legitimate demonstrations in Iran is shameless. He has zero credibility within Iran, and his superficial “support” of the demonstrators in Iran, a complex country which—like so many other issues—he does not understand, is only harmful to the Iranian people. In fact, as The New York Times reported, one major reason that the urban middle and upper class in major Iranian cities did not join the demonstrations, even though they sympathize with the demonstrators and share many of their concerns, is that they do not wish their actions to be exploited by Trump to advance his anti-Iran agenda. They also are afraid that if the demonstrations continue unabated, the level of violence rises and might lead to Iran becoming another Syria. In addition, it is well understood that once a discredited Trump “sympathizes” with the demonstrators, the hard-liners will immediately label the legitimate demands of the population as an American plot and crack down hard.

U.S. neoconservatives also have tried to exploit the demonstrations. GOP strategist John Bolton has advocated bombing Iran and been a lobbyist for the dreaded Mojahedin-e Khalq (MEK), the exiled opposition group that is despised by all Iranians. Are we supposed to believe that Bolton now has transformed himself into a defender of the Iranian people and a protector for human rights?

Bill Kristol, the “spiritual leader” of the neocons who has always advocated war with Iran, and opposed the nuclear agreement, now expresses support for the Iranian people.

Daniel Shapiro, former U.S. ambassador to Israel, and Mark Dubowitz, the CEO of the Foundation for Defense of Democracies, a major hub of neoconservatives and the Israel lobby, write, “Americans, regardless of party or position on the nuclear deal, should be supporting the aspirations of Iranians to be free from their brutal and corrupt rulers.” Dubowitz opposed the nuclear agreement with Iran and has always advocated the toughest economic sanctions against the Iranian people, which is a major reason for the current state of Iran’s economy.

Neocon “journalist” Eli Lake, who writes the Bloomberg view column, opposed the nuclear deal with Iran, and has greatly exaggerated about Iran’s nuclear program, fantasizes that “the unrest in Iran spreads and the fanatics, thieves and terrorists who have infantilized Iranians for 38 years are toppled.”

Given the present chaos and bloodshed in the entire Middle East, what would a revolution in Iran do? Create another Syria or Libya, which is what neoconservatives have wanted all along?

And, of course, the pro-Israel crowd at Commentary never misses a chance to advocate “regime change” in Iran, which only implies war, with Noah Rothman writing: “Regime change is the West’s best hope for Iran.”

Meanwhile, The The Washington Post’s neocon editorial board declares: “The popular demand for change is justified and deserves international support. President Trump has been right to tweet his backing for the demonstrators.”

Iran’s current problems are for the Iranian people living in Iran to solve. Yes, Khamenei is a dictator. The state of human rights in Iran leaves a lot to be desired. And Iranian people do need moral support from the world. What they do not need are crocodile tears from people who have always advocated war and economic sanctions against these same Iranian people.

Trump and U.S. neoconservatives should keep their hands off Iran and let the Iranian people work out their problems. They re-elected Rouhani overwhelmingly because, as he put it, the Iranian people wanted to “turn away from violence and extremism” that the hardliners in both Tehran and Washington advocate.