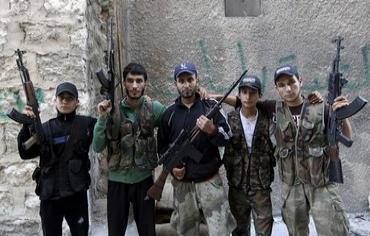 Turkey has sent a report to European countries saying that it has deported 1,100 European citizens who came to Turkey to join al-Qaeda-linked groups fighting in Syria back to their own countries amid increasing allegations that Ankara is turning a blind eye to terrorists using its territory to cross into Syria, according to the Habertürk daily.

After other countries informed Turkey that their citizens were using Turkey as a transit country to take up arms in Syria, Turkey arrested 1,100 European Union citizens with the help of the National Intelligence Organization (MİT), Gendarmerie forces and police units in 41 operations in 2013. The report says there are still around 1,500 European citizens who want to go to Syria and fight on the front lines along with al-Qaeda and that Turkey has been on alert about suspected jihadists. The report states that intelligence sharing between Turkey and European countries on the suspected jihadists has been made through Interpol.

The report also states that Turkey has carried out 141 operations against al-Qaeda and al-Qaeda-linked groups in last three years and detained 518 suspects, imprisoning 217 them.

The participation of citizens from foreign countries in terrorist organizations clashing in Syria has been increasing day by day, according to reports in both the Turkish and international media. Apart from those who have come from European countries — mainly from Germany, Belgium, France and the Netherlands, there are also foreign fighters in Syria from Chechnya, Afghanistan, Iraq, Saudi Arabia and other Gulf countries to fight with the al-Qaeda-linked groups the Islamic State of Iraq and the Levant (ISIL) and the al-Nusra Front.

In late November, during his two-day visit to the US, Foreign Minister Ahmet Davutoğlu called for “better intelligence cooperation” with countries that such foreign fighters are coming from, according to Agence France-Presse. “Ankara had asked Western countries to share intelligence on suspected militants so that Turkish authorities could stop them from entering the country,” Davutoğlu said.

Turkey has been exposed to critical barbs that it has been providing support and weapons to armed groups in Syria — principally the Sunni, al-Qaeda-affiliated al-Nusra Front. Reports circulating mainly in the foreign media allege that before joining the war in Syria, hundreds of al-Qaeda members, particularly foreign volunteers, use apartments in Turkey’s southeastern cities as safe houses, creating a flow of foreign fighters in the war-torn country. Reports also allege that Turkey is allowing these groups in so they can help topple Syrian President Bashar al-Assad.

European countries cannot arrest suspected fighters departing from their territory because they do not have concrete evidence that these people are going to join the Syrian civil war. Instead of arresting suspected terrorists before they go to Turkey as these countries cannot restrict their citizens’ freedom of movement, they inform Turkey of suspected volunteers. Germany, France, Belgium, Greece and the Netherlands have asked Turkey to detain suspected jihadists after they enter Turkey, according to Turkish intelligence sources.