The Russian air force arrived in Syria two years ago this week to save President Bashar al-Assad and his army. They succeeded. The Syrian army held out, albeit at the cost of (then) 56,000 of its soldiers. “We’re not going to have another Afghanistan here,” the Russians told everyone they met in Damascus.

But of course, soon they would have forward air observers on the ground to vector their Sukhois onto their targets, de-mining specialists to pull the forests of Isis bombs out of the soil, military police officers to oversee the passage of Islamist fighters out of Syria’s great western cities. And generals to advise – and, last week, to be killed – in Syria.

The death of Lieutenant General Valery Asapov in the suburbs of Deir Ezzor as he assisted Syrian commanders in their recapture of the city – surrounded by Isis for three years, its civilian population and at least 10,000 Syrian troops resupplied by helicopter – was given little attention in the Western media.

The Kurdish assault on Raqqa, with a smattering of Arabs to smother the Kurdish face of the pseudo-“Syrian Democratic Forces” militia and with the help of American air attacks, took first place in the Western Middle East news agenda. But the Russian Defence Ministry took the death of their highest-ranking officer in Syria – along with two Russian colonels – very seriously indeed. They were right. General Asapov was commander of the Russian 5th army in the Far East Russian city of Ussiriysk, not far from Vladivostok. 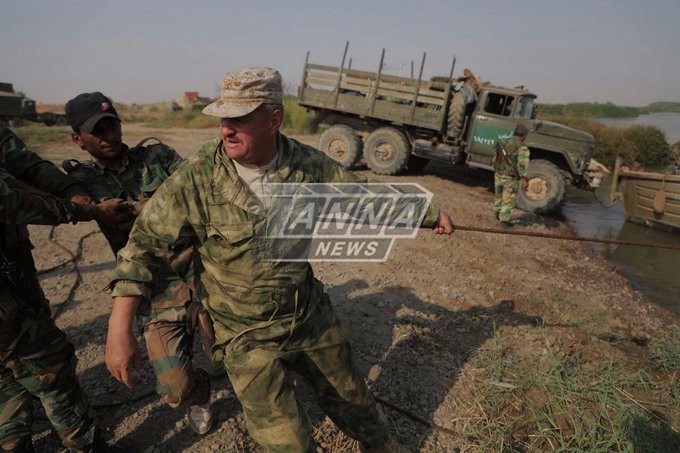 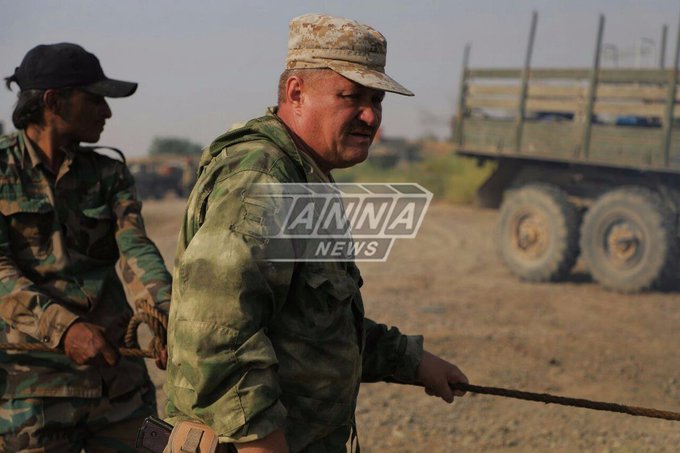 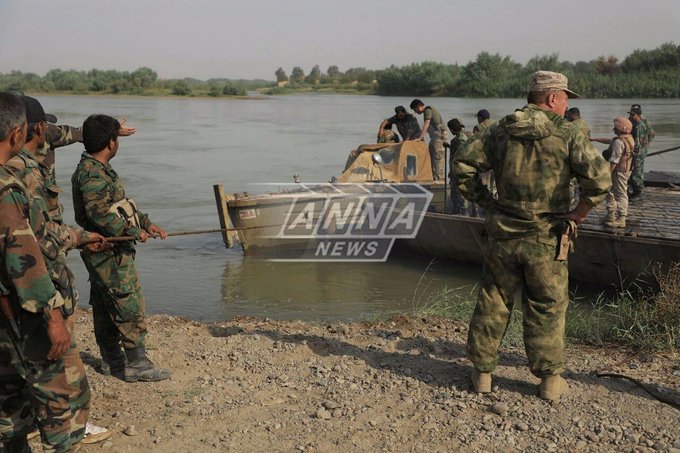 And how did he die? According to the Russians, he was killed under shellfire from Isis forces outside Deir Ezzor, a remarkable piece of targeting – if, indeed, Isis were working on the trajectories – for a group which usually wastes artillery shells by the hundred in order to hit their enemies. Did they know that he was visiting this particular military position? And if so, who taught them to fire so accurately? Or was this a chance success for a defeated Islamist army?

These questions were asked at once by the Syrian army’s high command. And by the Russians who last week accused the US military in eastern Syria of direct collaboration with the “Islamic State”. Several websites, including Global Research, took the conspiratorial view that Asapov’s death was the indirect work of US forces – who were, they said, providing free passage through Isis for the “SDF” to reach Raqqa.

I’ve never been a believer in plots but not many months ago, the US air force bombed and killed dozens of Syria’s army defenders in Deir Ezzor. In the immediate aftermath, Isis swarmed forward and cut the city in half. Odd, isn’t it, that the US – so desperate at the time to destroy Isis in Mosul – didn’t bomb these new Isis targets as they broke through the Syrian lines after US air crews had “mistakenly” killed the Syrian troops.

I frequently come across Russian troop units in Syria – especially around Aleppo, in Homs, in Palmyra and further south. Early this summer, the Syrians took me to a tactical cooperation base near the Euphrates River where I met a Russian air force colonel – Yevgeni by name – and his Kurdish colleague who, with Syrian officers, were tasked to avoid any erroneous air strikes by the three sides. The Russians had accidentally bombed a Kurdish unit a few days earlier. So it’s not as if the Russians and the Syrians and the Kurds fighting for the Americans don’t know what each other are doing.

The Russians are not replaying the Afghan war. A few of their soldiers have been killed in Islamist ambushes, they lost a pilot at the start of their involvement after his plane was shot down by a Turkish fighter jet – Erdogan has come to heel since then, of course – and two Russian officers were shot dead in Palmyra when it was retaken by Isis after its original recapture by the regime.

But Russian military police have played a prominent role in bussing Islamist fighters out of Homs, taking them into Idlib province (the dumping ground for all Isis and Nusrah guerrillas) or to the sanctuary of the Turkish army’s own battle line, inside Syria and north east of Aleppo.

The recapture of the crossroads town of Qaryatain, south of Homs, last week did, however, have an Afghan flavour about it. Any Russian soldiers who have read the history of their “limited intervention” of 1979 – Brezhnev’s description of their invasion – know very well how easy it was to capture a town and then lose it to the enemy again the moment they press on to the next city. And here we might return to a man I’ve never been very fond of, but whose wisdom on Iraq in the 1920s – and by extension Iraq and Syria today – is still read by military men of all sides in the Middle East.

In a 1929 edition of the Encyclopaedia Britannica, TE Lawrence wrote of Turkish forces fighting his own Arab Revolt in the 1914-18 war. He might have been writing of Isis as it attacks the Syrians and Russians today. He asked of the insurgents, some of whom he led, “…suppose they were an influence, a thing invulnerable, intangible, without front or back, drifting about like a gas?

The Russians have read all of this. So have the Syrians. And so, presumably, have Isis. They didn’t need Lawrence to inspire them – they have Saudi Wahhabism to do that – although it is true that a British aircraft dropped a propaganda sheet over Riyadh during the First World War, warning pro-Turkish Arabs that they would be “liquidated” if they did not support the “Islamic Caliphate” which, so the British claimed at the time, represented the Arabs in revolt against the Ottoman empire.

It is trite to state that history repeats itself in the Middle East – it does this everywhere, even in Germany and Catalonia – but those “vapours” have not gone away. Nor will they, even if Assad’s military victory is complete and Iraq’s army can control its western provinces. For by then, we’ll be dealing with Kurdistan yet again, rewriting its own history of betrayal. Russia is likely to avoid that particular war. For now.