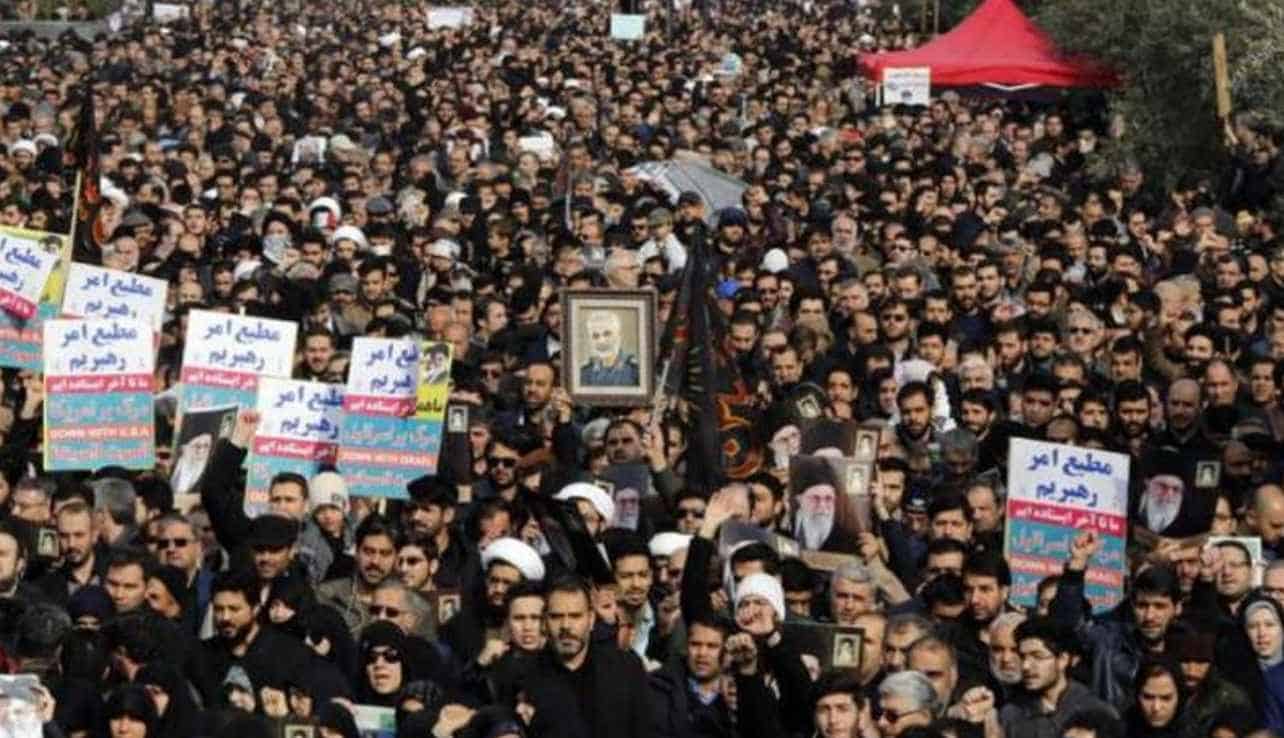 Dear friends, the media are going unanimously in one direction but from the statement by Iraqi President Madhi there is also a scenario that should be investigated further. Ultimately it turns out that Iraqi Prime Minister Mahdi, in his report to Iraqi deputies who then voted to wipe American troops out of their country, revealed something very serious, but also very useful in understanding how things are. : Soleimani was in Baghdad at his invitation, because he was called to a mediation between the USA and Iran at the request of the US President Donald Trump (or at least with the placet of his administration).

The “normalcy” of the mission is also signaled by the fact that the Iranian general had arrived on an airliner. That is, he was on a diplomatic mission, without bothering to protect himself with an escort. The victim of the political murder was therefore a diplomat on a mission attracted to a trap by US executives determined to make any negotiation between the US and Iran fail, namely the reduction of tension in the region.

Prime Minister Madhi’s statements are precisely in this sense.

We could thus summarize according to the Iraqi premier’s statement of statements proposed by various Arab newspapers such as al Arabija:

Soleimani, Saudi Arabia and the revelation of the Iraqi Premier Adil Abdul-Mahdi.

There is a very important detail that has remained hidden regarding the events in Baghdad that led to the killing of Soleimani.

The general arrived from Lebanon, on a civilian flight, having obtained the diplomatic pass a few hours before to wait for a funeral in Iraq and to subsequently meet the Iraqi Prime Minister Adil Abdul-Mahdi. It was a scheduled, public, known visit. Nothing secret.

“Hadj Soleimani was in Baghdad on my invitation. A meeting with him was planned ”

The prime minister adds an element that offers a new interpretation of what happened, especially what the general was working on before being assassinated.

“[Soleimani] brought with him a letter from the Iranian leadership on how to reduce tensions with Saudi Arabia.”

The unpublished detail, revealed by those who mediated between the parties, tells of Tehran and Riad intent on negotiating a reduction of tensions between the countries and in the region.

To confirm this thesis, read the words used by the Saudi foreign minister, Faisal Bin Farhan Al Saud on Twitter in connection with the killing of the Iranian general.

“The Kingdom declaration relating to events in Iraq underline the Kingdom’s opinion on the importance of reducing tensions to save the countries of the region and their population from the risks of any escalation.”

No trace of complacency or joy, yet it is the main enemy of Riad.

Even the Saudis understand that a war in the region would primarily affect their portfolios (and their heads in the event of an internal uprising), thus seeking an agreement with Tehran to reduce tensions.

US foreign policy is based today on the concept (true less remains to be seen) of being a net oil exporter, so there are few qualms about throwing the region into chaos.

Once the de-escalation plan between Riyadh and Tehran was discovered, Trump did not think twice about unhinging any attempt at pacification between the parties, thus probably obtaining the opposite effect and probably also staying in Iraq as a strategic center for US operations in the Middle East.