Behind the scenes of Flynn’s resignation US security adviser 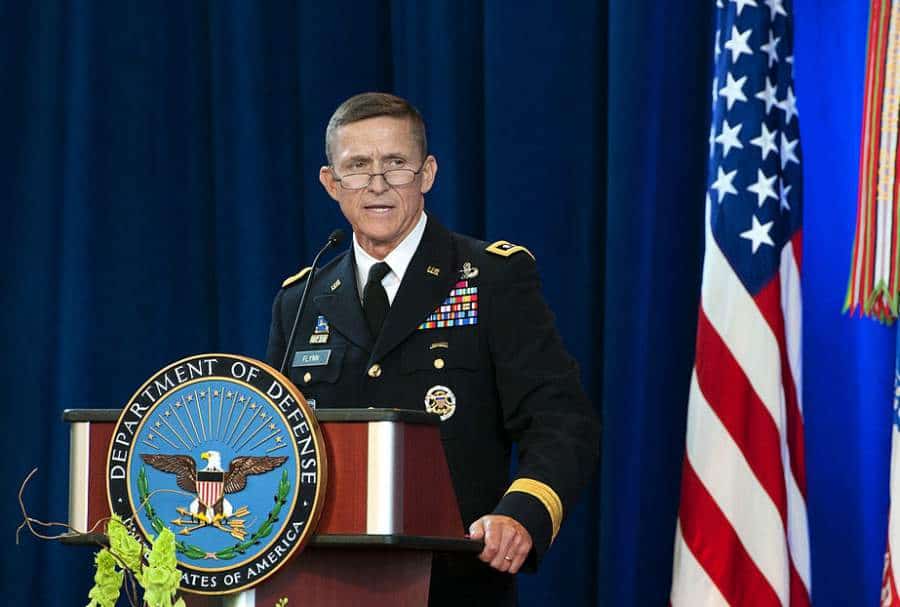 0
SHARES
15
VIEWS
Share on FacebookShare on TwitterShare on TelegramShare on Vk
White House National Security Advisor Michael Flynn has resigned. He admitted that he “inadvertently gave inaccurate news” to Vice President Pence and the press about his conversations with the Russian ambassador to the United States.

But what has made Flynn so serious? He promised the Russian ambassador that those stupid and unjust sanctions that Obama had imposed in Moscow would remove them, starting with the last few days after the installation of his successor, which is notoriously not the practice: therefore the new administration was geared to remove them, it was no mystery that Trump judged those unjust penalties to be excessive and counterproductive.

But what happened so badly that the national security adviser resigned?
Michael Flynn – according to an indiscretion revealed by the Washington Post – told Russian ambassador Kyslayak “not to react to the sanctions because the Trump administration would have removed them”. But the reason for the resignation is not the merit of the conversation. The real reason he was forced to leave is that “he didn’t report the detail to either the president or the FBI.” He was also a ‘private citizen’ and according to a law, the ‘Logan Act’, a private citizen is prohibited from “interfering, making agreements or discussing diplomatic issues with other countries in place of the American government.”

Obviously Flynn saw the squares paid by Soros to protest and the unnatural situation that had arisen, so he did not trust: in time of witch hunt he preferred prudence, since he knew very well the maneuver that was being implemented by the CIA itself with the pretentious investigation into Russian hackers who “would have determined the result of the elections” (in reality the dossier is based on conjecture).

So although it is true that “the law is law”, it is equally true that the legislator did not make it to be used as a weapon to take out political opponents. In a rule of law, the law should not be used to undermine election results or to distort the politics of other countries. “It shouldn’t” but the reality is different: eavesdropping is often used for purely political reasons; Angela Merkell knows something: in 2013 it was discovered that Merkell had been spied on since 2002 and certainly not for the ‘Logan ACT’.

In Trump’s case, the secret services were known to continue working for the old administration. And in this case as in others, legitimate wiretapping provided a useful pretext for Democrats and lobbies who never resigned themselves to Trump’s victory.

On the other hand, it’s very easy in the United States: everyone is spied on. There is a ‘Patriot Act’ which allows this and it is about ordinary citizens. A fortiori, it was quite foreseeable that the Russian ambassador, that is the representative of a country, which the US considers “a danger on a par with Isis and the Ebola virus”, was spied on. A question then arises: is it possible that Flynn didn’t know? Is it possible that if in his heart he knew he was doing something illegal he wouldn’t have taken precautions? Flynn was not just anyone, he was the former head of the DIA, the military secret services … heck, he had experience to sell!

But it happened. Flynn the head of national security spoke to the Russian ambassador when he had not yet been appointed but was a simple citizen. And he wouldn’t report on those conversations once he was appointed National Security Advisor. He would not have reported that he would have promised that if he had any assignment, he would act to remove unjust sanctions on Russia.

It is clear that Flynn expressed a political opinion in that conversation but the Democrats shouted at the plot: “The Russians blackmail Flynn, Flynn gets along well with the Russians …”. It is clear that given the seriousness of the accusations, it would be advisable to give the American people full knowledge of those of those calls, but it cannot be done. The transcription of these calls will not be made public.

What is the real content is not given to us to know, it is top secret, otherwise we could understand how the wiretapping took place, says the intelligence. It is an inconsistent justification: the calls were unencrypted and therefore the interceptions follow the normal procedure. So the intelligence services that carried out the interceptions do not tell it right: it is from the beginning of Trump’s settlement that all the state apparatus that is commonly called “the deep state”, that is, the lobbies colluded with the corporations and the various thinks thank ultra-neocon, I’m working to dismiss or at least weaken the new presidential administration.

So right after Flynn’s resignation, as was obvious given the climate, the Democratic Party asked for an investigation into the relationship between Donald Trump and Russia. Why – they thought – if Flynn resigned, for telling a lie, if Trump knew him too, he also told a lie. In short, the idea is that a whole conspiracy, “the Americans have been deceived” by “that individual who sits in the White House”.

But who says Americans have been fooled? Hillary and Mc Cain’s party said that quietly during the Obama administration they had contacts with the leader of the Syrian terrorists, and that they commonly do secret operations without the knowledge of the American people. Obviously – they say – for national security.

Trump replied, as usual, a tweet: “The real story is why are there so many illegal leaks in Washinton? Will they also be there when I deal with North Korea? ” Perhaps the president has understood that they have struck his collaborator but that in reality they are aiming at him to weaken him. But in this case, he shouldn’t have accepted Flyn’s resignation.

In fact it is clear that it is a trap. In reality Flynn is to blame for being the only one in the presidential staff for not being ‘of our’, of the neocons. Otherwise it is not clear why he would be “in league with the Russians” while another of the staff, Tillerson United States Secretary of State, does not give cause for any problems. Yet he has worked with the Russian government for years as a senior executive on the energy giant Exxon Mobil, and he has also questioned the wisdom of sanctions against Russia which he said are at a disadvantage for U.S. businesses. But that’s not all: in 2013, Putin awarded Tillerson a friendship prize for his work in Russia.

The answer is that unlike Flynn, Tillerson is liked by the same powers that supported Clinton, who are the true lobby that governs in the United States regardless of the presidents who succeed each other.