BBC: “How our money is financing Jihad …” 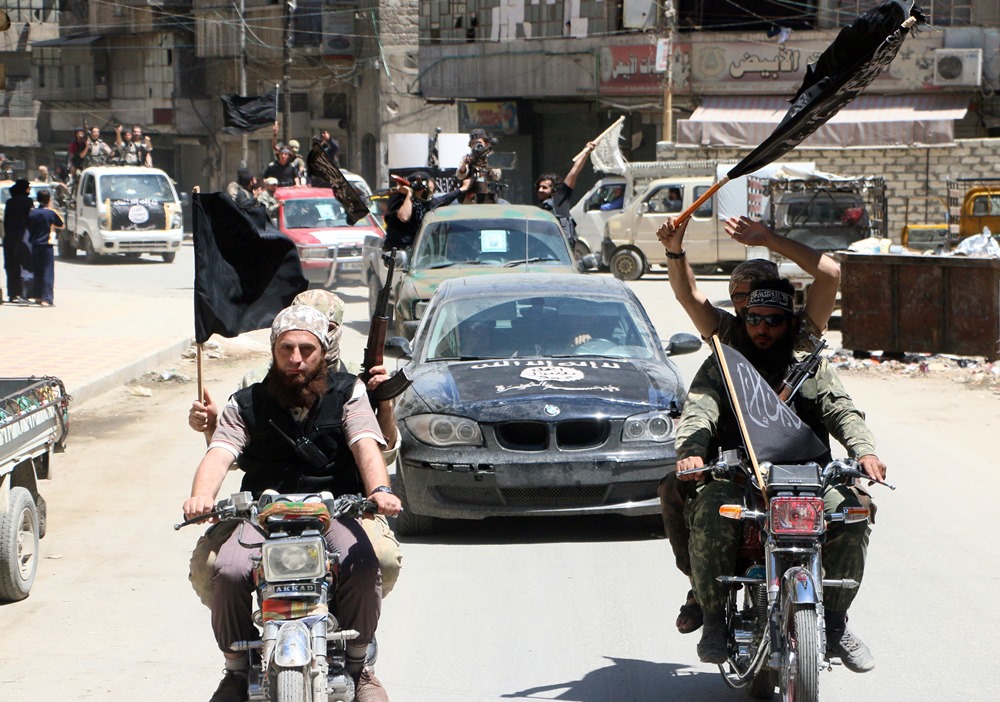 Fighters from Al-Qaeda's Syrian affiliate Al-Nusra Front drive in the northern Syrian city of Aleppo flying Islamist flags as they head to a frontline, on May 26, 2015. Once Syria's economic powerhouse, Aleppo has been divided between government control in the city's west and rebel control in the east since shortly after fighting there began in mid-2012. AFP PHOTO / AMC / FADI AL-HALABI / AFP PHOTO / AMC / Fadi al-Halabi

A BBC documentary Jihadis You Pay For reveals how the British aid that was formally intended to bring ‘security to Syria and protect the United Kingdom from terrorism’ was actually used to support al Qaeda and Islamic jihad in Syria against Assad.

Journalist Jane Corbin has put together evidence and testimony through a lengthy work of journalistic investigation that reveals a shocking truth about one of the British government’s ‘foreign aid projects’. In particular, the program that was supposed to serve the Free Syrian Army (FSA) police went to various jihadist groups like the Nusra (al Qaeda) in charge of recruiting recruits for the police force.

The free Syrian police have provided support to the courts of Al Nusra (al Qaeda) which are known to inflict extreme punishment. It was proven that the money went to groups like the organization Nour al-Din al-Zinki, composed of Islamic extremists. Among the evidence found by Corbin there is also one that shows that the officers of this police were assisting the public stoning. It also emerged that a number of employees on the payroll of the ‘Free Syrian Police’ were fictitious or dead. In essence, a considerable part of these projects – managed by Adam Smith International, a contractor of foreign aid – ended up in the hands of extremists and one of those funded organizations is involved in executions and torture.

The day before the movie was aired – December 4, 2017 – the 12 million pound program was suspended by the Bors Jhonson government, which tried to protect itself from the scandal.

Now nobody knows anything. And as you can see, this news has not been given by Italian TV more attentive to inform us about the TG of all aspects of the San Remo Festival that will give us an account of events. The reason for this lack is obviously that this type of news – essential to formulate a judgment on our rulers – would upset the daily narrative propped up by the mainstream media on the war of Syria (in which Italy carries out its own solidarity and integrated with the others countries of the group ‘friends of Syria’).

In fact, of this type of help from ‘friends of Syria’ we have spoken several times: it is the one provided for in the activities financed by ‘friends of Syria’. So it is to be expected that not only the scandal will have no follow-up but that this type of activity will continue more treacherously under other disguises.

Kate Osamor, spokesman for the ‘international labor development’ programs, also said that ‘this most likely’ is just the tip of an iceberg ‘.